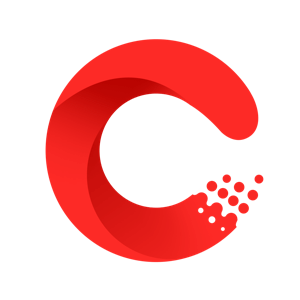 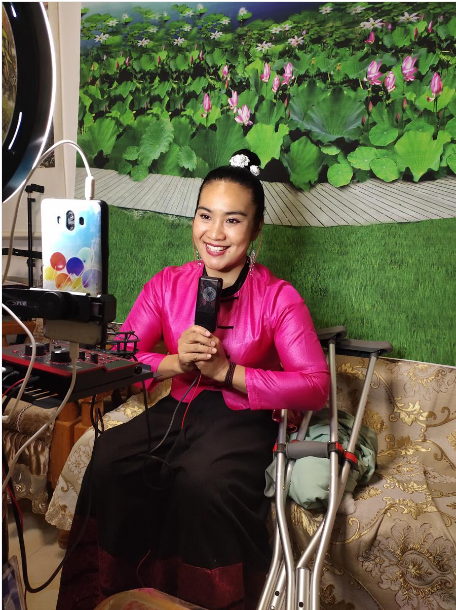 Starting in December 2020, Pa Wanlian has overcome physical challenges to post short videos and livestreaming on popular video app Douyin. She has gained more than 25,000 followers and a record number of short video views— more than 1.7 million.

Born in a rural family in Mangshi, Yunnan province, the 42-year-old woman of the Dai ethnic group has been paralyzed in her lower limbs since the age of 14, due to a disease.

Pa Wanlian takes a photo at the age of 15. [Photo provided to chinadaily.com.cn]

"At the beginning, I couldn't accept the truth that I would never walk again," she said."Fortunately, my parents didn't give up me."

With their encouragement and support, Pa gradually overcame depression and started the rehabilitation training. By 2000, she could walk slowly with the support of a pair of walking sticks.

Meanwhile, her elder sister helped her opened a convenience store in her village.

"I spent most of my time in the small store, and I felt quite proud of earning a living instead of being a burden on my family," she said."My business became better and I could give some money to my younger sisters, helping reduce financial pressure on my parents." 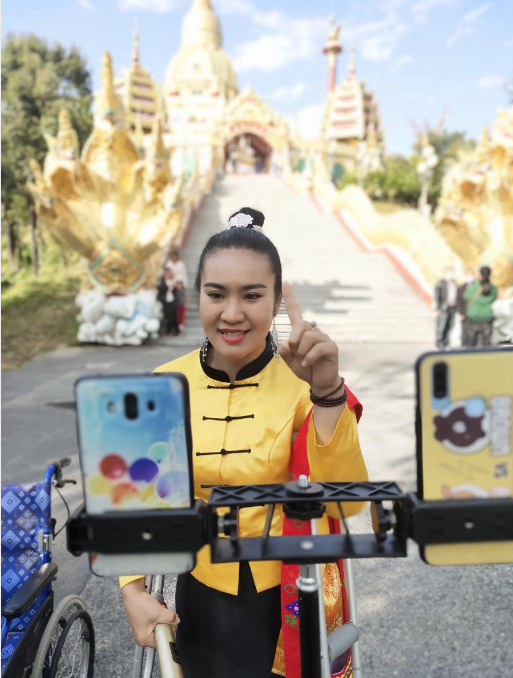 From 2012, she traveled to different cities in the province to sell cosmetics and health products, which helped her make more friends and become more confident and optimistic.

For the first time she saw an online host sell jade on a livestreaming platform in Ruili, Yunnan, she was attracted and decided to have a try.

After opening an account, she posted some short videos of singing songs with another web celebrity.

"I hope to pass my optimism and inspiration to more people and encourage them," she said.